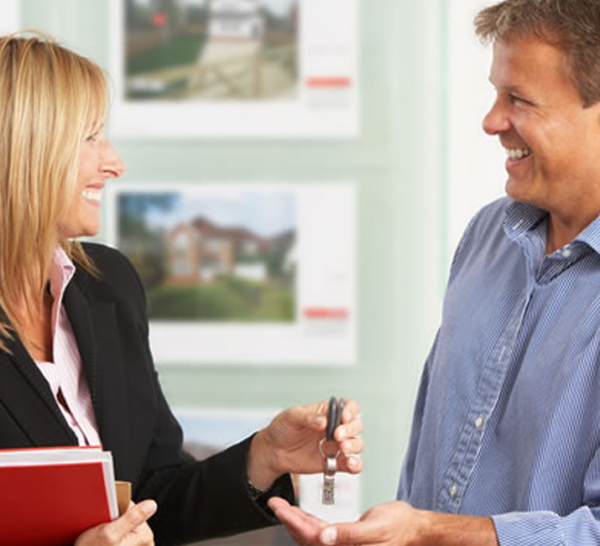 The practice went under offer within 2 weeks and achieved the asking price plus so added extras which really benefited the vendors. The purchaser has bought his other practices solely through Myers La Roche so the sales consultant knew they were a good fit for this opportunity. Creating a competitive but confidential environment Georgina was able to achieve the right price whilst not publicly marketing this opportunity. The vendors were keen for only a handful of buyers to know about this opportunity and we were able to accommodate the request.

Under offer within 3 days and completing within  5 weeks, a proactive vendor who was more than 20 years from retirement sold this practice for more than the turnover! Its all about the profit levels!!!

This practice had achieved an asking price offer within 10 days of Myers La Roche launching it to the market in Mid July. The deal took 3 months to complete, delayed by slow responses from the landlord. The purchaser is a proactive first time buyer and the vendor can now relocate as planned to their home country with peace of mind that they have achieved the best deal possible.

Myers La Roche were instructed to act as business transfer agents for the shareholders of the business in November 2019.  An agreement on a deal was reached just before Christmas 2019 with completion originally due on a date which proved to be two weeks after the UK went into Lockdown when English  Optical practices were closed for all but emergency eyecare.  The pragmatic approach of all parties enabled a new deal to be struck with the completion taking place once lockdown had eased in England.
Rebecca Lewis, majority shareholder of Pendlebury’s said: ‘The experience and commitment of the team at Myers La Roche, gave us the confidence to proceed with the sale of the business at a time when the COVID-19 pandemic was creating a massive decline in the economy, with the business unable to operate normally.’

Speedy sale in just 7 weeks from under offer to completion. This just shows with the right lawyers and all parties involved proactive and sensible just how quickly a sale can go through. The purchasers were keen to push ahead with the sale under very unknown circumstances thanks to Covid. The vendors sold the practice as part of a larger plan to sell their company assets to enable them to focus on other business interests.

Located in an affluent area of Surrey this practice received a record price based on the KPI's. The vendors met with Dominic Watson to discuss their future aspirations where it became apparent that the business would suit a number of possible purchasers. The vendors who were selling for life style reasons are happy they chose now to sell rather than waiting until their traditional retirement age. One of the previous owners decided to go straight to their holiday home and enjoy their new found free time. The other vendor is now working for the new owner as and when they wish and enjoying the flexibility post sale.

The Practice Sales Team are delighted to have just completed on the sale of a successful independent optical practice which is located in an extremely affluent area of north London. The practice has a strong clinical culture and has two consulting rooms enabling future growth. The business has been sold to an optometrist who owns just one other practice.

We are delighted to have completed on the sale of an independent business in a large town in Hampshire.  Part of a planned sale, the owners are now beginning a well-earned retirement after building their business from scratch 35 years ago.  The new owner optometrist, who has just one other practice, takes over the busy practice which has an excellent reputation locally and boasts two testing rooms, a glazing lab and a healthy contact lens base.

We have just completed on two practices in the suburbs of Birmingham.  Each with a different vendor, they have been bought by the same, truly independent purchaser as their first owned businesses, having previously worked for multiples in the city.  Both sales were triggered by the retirement plans of the vendors and both have sold the freeholds of the buildings with the business relieving them of any future responsibility as landlords. One vendor retains other business interests in the wider city and the other is performing some post sale consultancy/locum work for the new owner as they wind down to full retirement.

We are delighted to have just completed on the sale of a practice in a rural market town with has a strong local community which is expected to grow with a large development of new homes.  The business is situated on a prominent position on the high street and is known locally as a quality brand and experienced staff.  Offering shared care and domiciliary services, the business has been purchased by a family team with another independent business.

We are delighted to confirm we have completed a sale of a two-branch practice in Yorkshire. Previously owned by a DO team, the business is now owned by an independent optometrist who is based in Yorkshire. The vendors have had a long-term relationship with Myers La Roche and entrusted us with the acquisition of their business.  The vendors were keen for the practice to be sold to someone who does not own a large number of practices, an aspiration which we were able to meet on their behalf.

Myers La Roche have been involved with the owners of this practice as this was sold to them through Myers La Roche a number of years ago. The vendors chose to use Myers La Roche to act on their behalf as they knew the process and knew Myers La Roche would protect their interests and act fairly for all parties involved. A successful completion in a timely manner.

A successful completion of a profitable practice within the M25. The vendor previously had a private sale which fell through before contacting Myers La Roche. The vendor was extremely pleased to learn his practice has been undervalued by the previous purchasers and went on to successfully complete on the sale for over the previously agreed price.

We have just completed on this part time practice which is located in an affluent and popular suburb. The practice was previously DO led and relied on locums for testing.  The Vendor was able to accept a realistic price for the business, thus securing a reliable tenant for a steady future income.  The purchaser who has just one other practice, again secured through Myers La Roche, will be able to give the practice the investment it needs to allow it to thrive and grow.

This thriving business was established by the vendor in 1981 and we are delighted to have worked with them as long term clients of Patrick Myers.  The practice has an excellent clinical reputation and an impressive average dispense rate and value. A sale was achieved without having to advertise it on the open market, retaining complete confidentiality for the vendors.  It was sold to an existing independent optical business owner as part of their continued expansion plans, with the vendor being retained on a locum basis before full retirement in a couple of years.  The vendor retains the freehold of the building and a new lease has been agreed, allowing an additional income stream for them.

The vendors of this well established practice, located in a town to the East of Manchester, are looking forward to their well deserved long haul holiday next week as the first stage of their retirement.  They have owned the business since 1985, building a strong reputation and client base.  The business sold for 94% of the last recorded turnover, highlighting the excellent level of profitability that it returns.  It has been purchased by a first time buyer Optometrist.

The practice sales team are delighted to complete on the sale of this old established brass plate, house style practice which is situated in the primary shopping area in an affluent part of North London.  The business has been sold to another husband and wife team who are first time buyers. They are looking forward to developing the business in order to maximise the return on their investment.  The practice sales team were instrumental in driving the sale to completion by coordinating the many different parties involved in tricky lease negotiations.

This was the sale of a smaller branch belonging to a small optical group in order to rationalise their portfolio.  The practice is located in a medium sized town and has super opportunity for the purchaser, a first time buyer Optometrist, who plans to work in the business himself.  The vendors owned the freehold and a new lease has been agreed with the purchaser.

This sale achieved a planned early retirement for our Vendor.  The practice is located in a desirable and affluent town and had a recent shopfit, allowing us to achieve a premium based on location and future potential. We were able to complete a confidential sale, without openly advertising the practice, to a local 'best fit' purchaser who we have worked with on 2 prior sales.  The purchaser is in an excellent position to capitalise on the potential offered by the business.

The practice sales team have just managed a sale completion for the vendor of a solus practice located in the north east of England.  Established over 30 years ago by the vendor, the practice prides itself on delivering high quality eye care with a good array of additional services and a super range of eyewear products to match.  The turnover reflected the commitment to the business by the vendor and their staff.
Always a relief to a vendor, the practice remains in good hands with a purchaser who shares the same ethos of independent values and service.  They are a long term client of Myers La Roche who has bought and built a practice in central England prior to selling through us in order to relocate and purchase again near their original home.